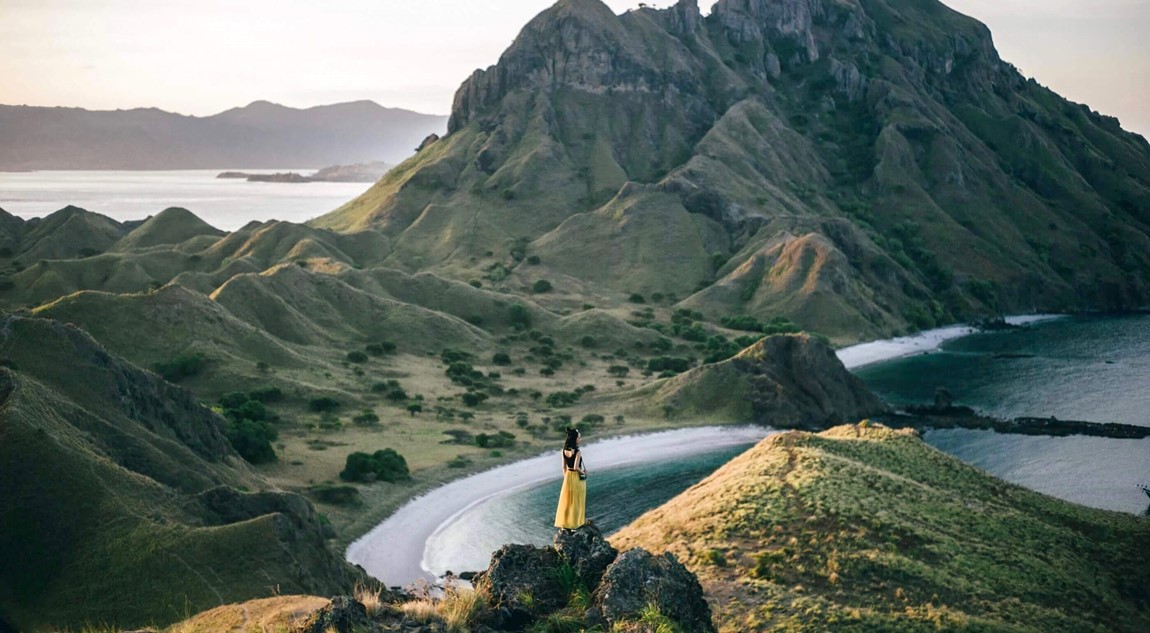 Nothing says “unique experience” more than getting up close to the infamous Komodo dragon. But what about after you’ve spent time with this ferocious, prehistoric predator? Well, few places in the world can match the natural diversity found on Komodo Islands. Just a short flight from the beaches of Bali, Komodo National Park will greet you with towering humpbacked ridges, emerald seas, and pink sand beaches. Komodo Islands is love at first sight.

Komodo National Park is a string of 28 savannah cloaked Indonesian isles. The national park centers around three major islands: Komodo island, Rinca island and Padar island, creating a total surface area (marine and land) of more than 1800 km2. These mysterious islands may remind you of Jurassic Park – they are lost in time. But Islander can take you to the edge of civilization today, with our exciting Komodo boat tours and yacht vacations. There’s so much more to see than dragons.

Komodo Islands is a heaven for adventure seekers. With twenty-eight islands to choose from, there are many activities you can do. From snorkeling, exploring hidden beaches, hiking to viewpoints, to taking a famous Komodo Dragon trail. With tribal rituals and smoking volcanoes rising above waters so abundant marine life, Komodo National Park is one of the best places to scuba dive. The enveloping, tropical waters have long been famous as one of the richest underwater environments on Earth, with more than 1,000 types of fish and 260 corals.

How to reach Komodo islands

Komodo Islands (or Komodo National Park) of Indonesia lie in the Wallacea Region, identified by WWF and Conservation International as a global conservation priority area. UNESCO has declared Komodo National Park as a World Heritage Site. It is located in the center of the vast Indonesian archipelago between Flores and Sumbawa. The closest port of entry to the national park is in Labuan Bajo town, which also has an airport with direct flights from Bali, Lombok, and Jakarta.

Komodo Islands is a fascinating destination for a yacht holiday from Bali or Lombok. With Islander, you can charter a private yacht in Bali and cruise along Sumbawa island until you reach Komodo National Park (2-3 days onboard your private yacht). It will take at least 4 days to discover the best of Komodo Islands once you are there. After your yacht holiday is over, you can take a flight back to Bali from Labuan Bajo, or fly to Jakarta to transfer internationally.

If you are staying in Labuan Bajo, you can take a private boat trip to any of the Komodo Islands. We recommend planning for several day trips during your stay. You should at least visit Pink beach on Komodo Island, see Komodo dragons on Rinca Island, hike Padar Island, experience Gili Lawa Darat, and swim with mantas at Taka Makassar. Chat with Islander today to customize your private Komodo tour itinerary.

The best time to visit the park is from April to June and from September to November. Even though Komodo National Park is open year-round, it’s essential to time your trip in the right season to avoid unpleasant weather and excessive tourist crowds. April brings the end of the rainy season, and the vegetation starts to grow, which gives a unique green color to the island.

If you’re into diving or snorkeling, then September is the best bet since it’s a whale and manta season that lasts till November. Komodo dragons are very active also because – it’s the end of their mating season, so you’ll encounter Komodo dragons on each step. Finally, July to August is a peak season in Komodo National Park – during this time, the islands are full of tourists, and there are boats everywhere. Komodo dragons are busy mating during July-August, so it is not easy to spot them, especially on Komodo island.

The Komodo dragon is the world’s largest lizard species – reaching three meters or more in length and weighing more than 70 kilograms (154 pounds). Komodo National Park is home to more than 5,000 of these dinosaur cousins. Komodo dragons are opportunistic feeders that ambush prey in the dry underbrush. They can eat absolutely anything: from carrion to deer and pigs, as well as smaller dragons, and even large water buffalo. Animals that break free from the jaws of a Komodo dragon will only feel lucky for a short time. Dragon saliva is notorious with 50 strains of bacteria; and within twenty-four hours, the unlucky animal dies of blood poisoning.

Dragons follow an escapee calmly for miles as the bacteria takes effect, using their intense sense of smell to track on the corpse. A Komodo dragon can consume a whopping 80 percent of its body weight in a single feeding. You can come face-to-face with this ferocious predator on Komodo and Rinca islands. For an off-the-beaten-path experience, head to Rinca Island’s southern bay of Nusa Kode (also known as Horseshoe Bay) where you can witness Komodo Dragons patrolling the beach. 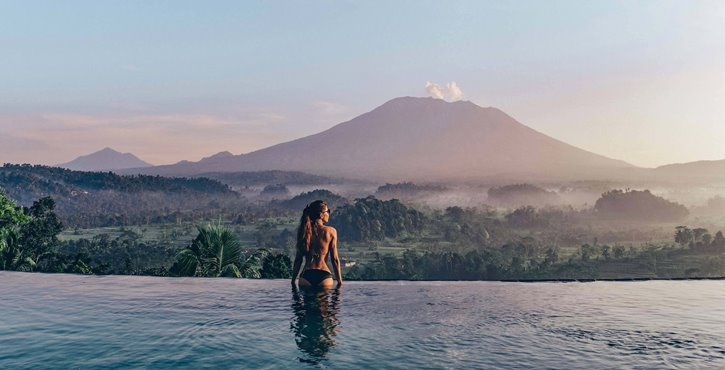