Batanta is the smallest of the Four Kings of Raja Ampat, but it is by no means “small.” Batanta island greets with an array of hills that rise high enough to generate clouds almost all the time. Cool jungle air flows out from primeval forests and sounds of wildlife echo across the water, adding to the surreal, raw, and “unconquered” atmosphere. Batanta is separated from Salawati island by the Pitt Strait, and the strong currents of the Dampier Strait lie between Batanata and Waigeo. Due to its prolonged size, Batanta is quite remote, with little development and a handful of villages — Batanta island is best suited for adventurous travelers.

Natural beauty is Batanta’s main draw, as travelers journey here to trek through the lush rainforest in search of incredible waterfalls. Along the way to Batanta’s powerful waterfalls, and pools inhabited by freshwater shrimp, hikers can happen upon plenty of wildlife. Meet the beautiful blue-spotted monitor lizard, three types of cuscus, birds-of-paradise, bats, and hornbills. Even the rare cassowary bird has been known to frequent Batanta. While there are a few established trekking routes to several waterfalls, much of the rainforest remains uncarved. Yet still, hosts on the island are happy to organize guided trips through Batanta’s remote wilderness.

There are so few homestays on the island that visitors can expect to snorkel or swim in pristine water without seeing another human being. Despite lack of diving from the homestays, Batanta is known for its fabulous coral reefs, large seagrass pastures, thriving pearl farming businesses, muck diving, macro photography, and frequent sightings of the rare dugong. Trek, snorkel, bird-watch, or photograph, then peacefully relax in the bliss of Batanta’s remote white beaches. With elusive cuscus watching over you and giant hornbills soaring overhead, it feels a million miles away from civilization.

Experience a mix of wilderness and village life at Yennyar on Batanta. This traditionally built Papuan village with a welcoming house reef is a brilliant place to admire a vanishing way of life. The mangroves around northern Yennyar and the whole Northern coast of Batanta are a sanctuary to a wide range of native species, including the mesmerizing Wilson’s Bird-of-Paradise, King Bird-of-Paradise, Twelve-wired Bird-of-Paradise, Lesser Bird-of-Paradise, Magnificent Bird-of-Paradise, and blue-spotted tree monitor. Slowly snake through the river inlets, across the roots of mangrove forests planted into the swaying reefs of soft corals and carpets of white sand. If you are lucky, you may even spot one of the three kinds of cuscus that inhabit Batanta island.

A tiny Dayan island lies at the remote, western end of Batanta. It’s a snorkeler’s delight, with coral reefs so prolific, there are only a few places you can enter the water without walking on them. There is also a locally-owned pearl farm inside the big bay to the south. The pure, clean waters of the bays around Dayan are perfect for oyster cultivation. Dugongs thrive in the more protected seagrass bays along Batanta island’s north coast. It is no surprise that Conservation International picked Dayan as one of its first Marine Protected Area patrol posts. Of course, because Dayan is such a remote island, visitors must come prepared with all of their essentials. Depending on your homestay, you may even be able to spot Dugongs and Mantas from your porch!

Another fascinating tiny island of Wai lies off Batanta’s northeast coast. Wai island is entirely surrounded by a beautiful ivory beach and draped with lush equatorial vegetation. It houses exotic birds, coconut crabs, and cuscus. While for divers, Wai island offers a big surprise! Its waters hide a P47D fighter airplane, which crashed during World War II in 1944 and remains in mint condition. You can spend a week in Batanta and surrounding islands, and it won’t be enough to experience everything that this part of Raja Ampat has to offer. 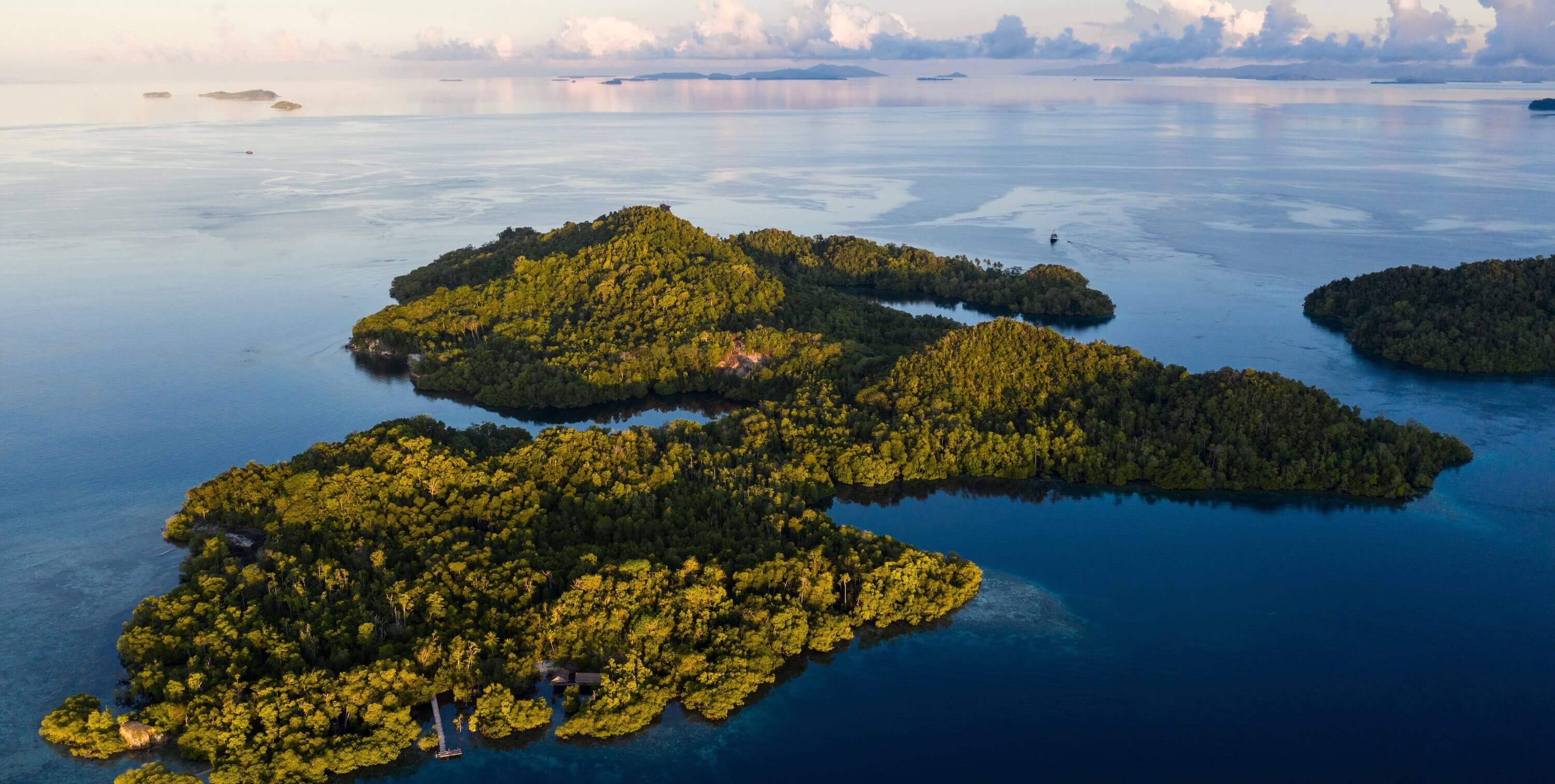 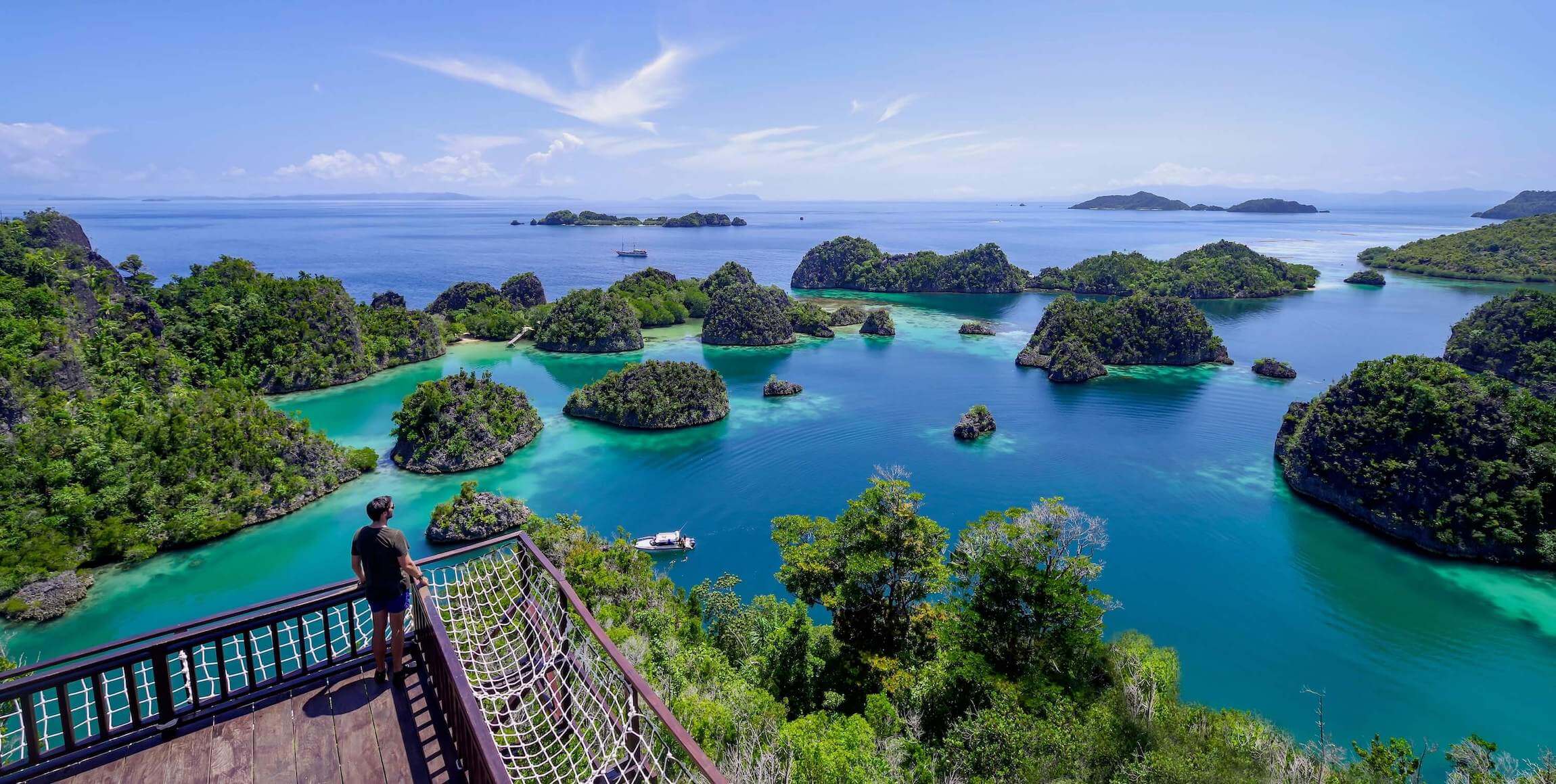 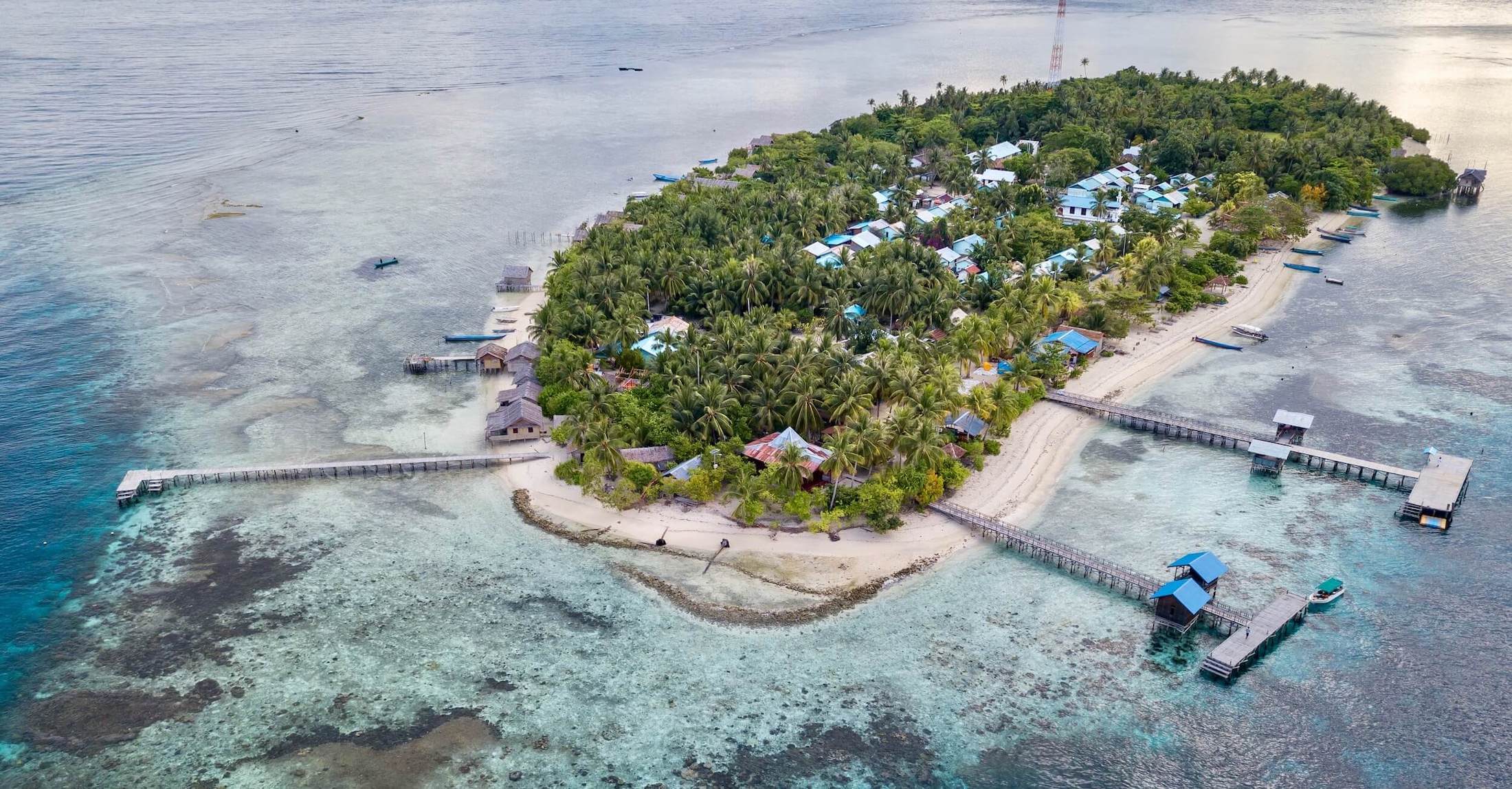 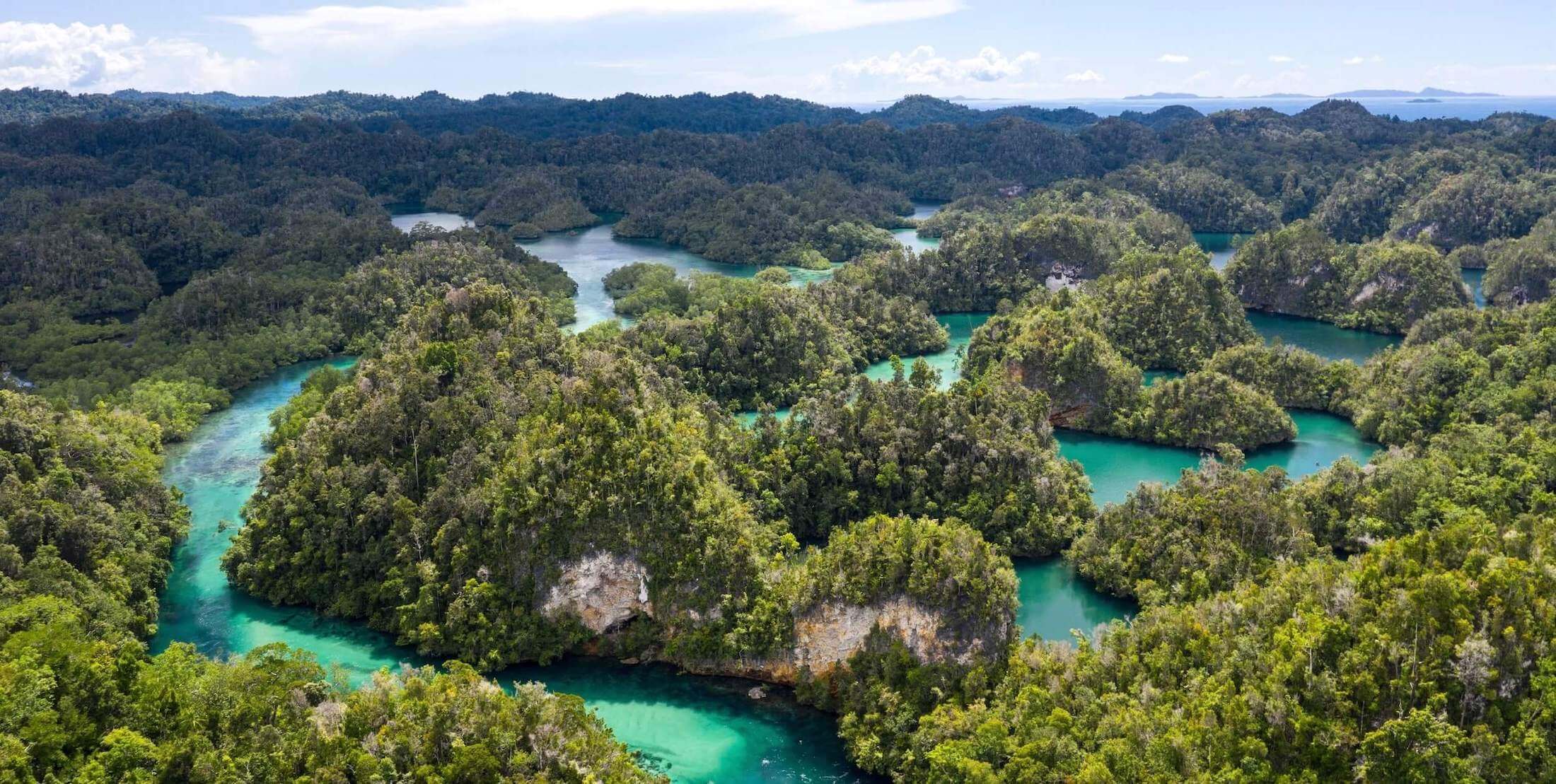 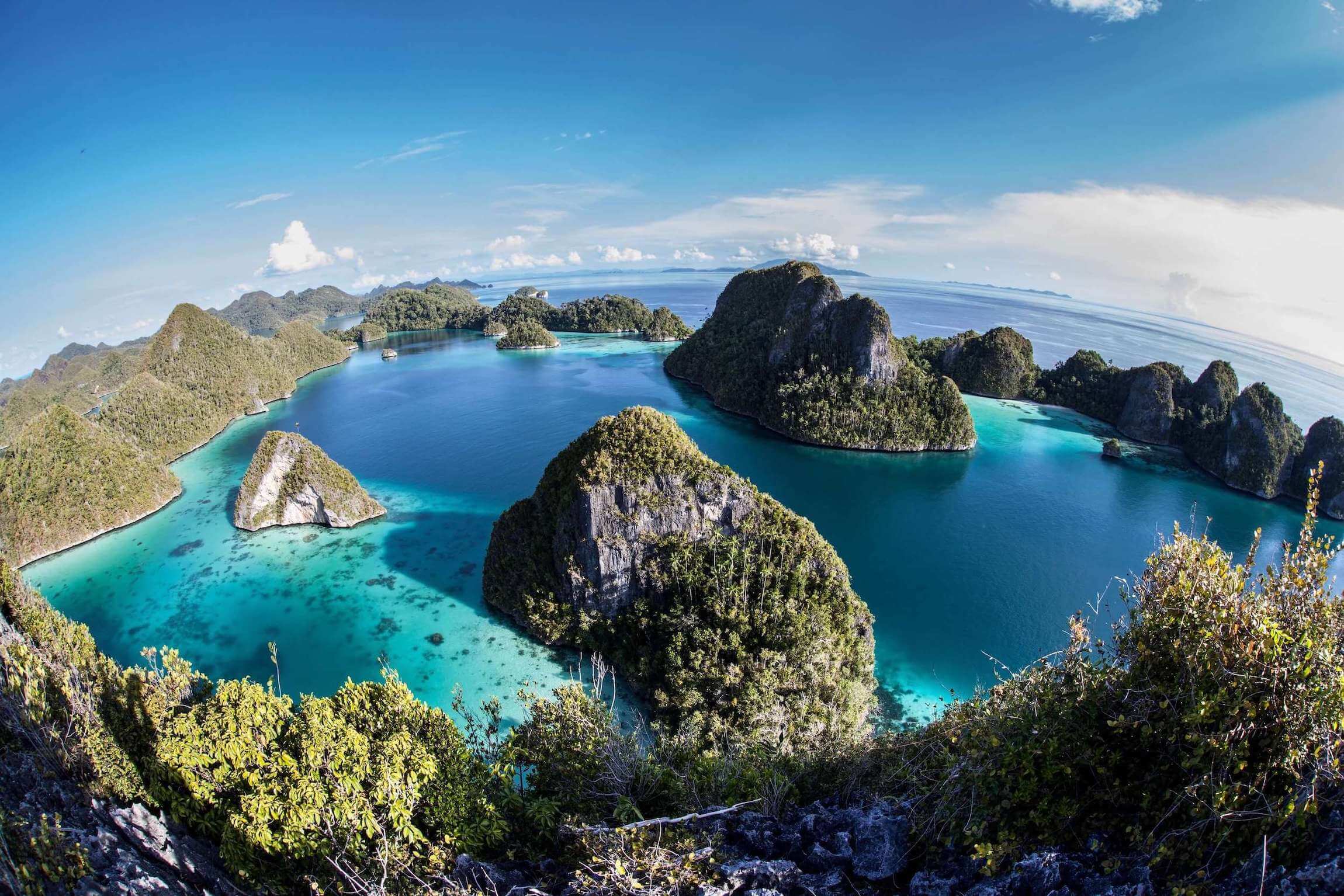 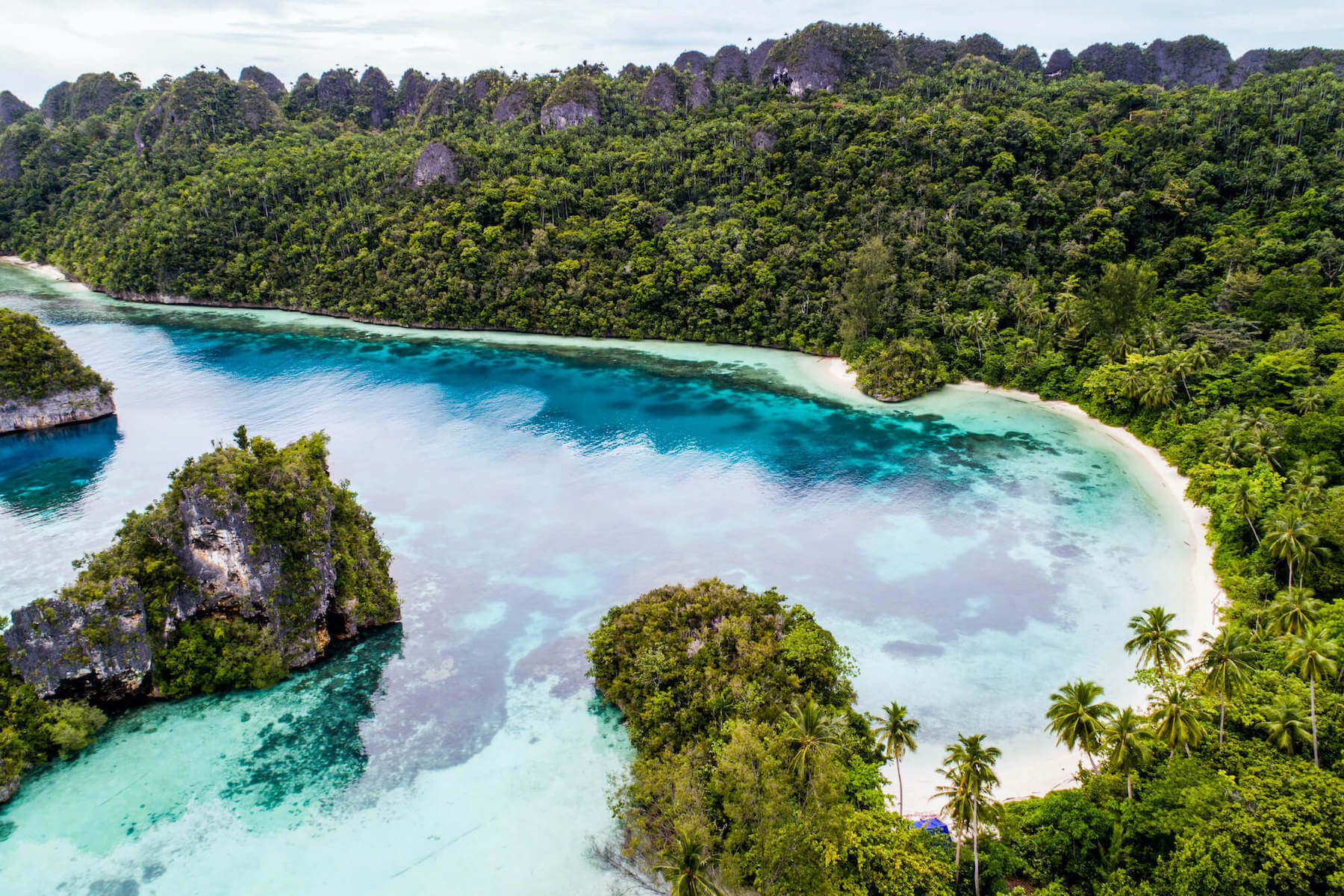 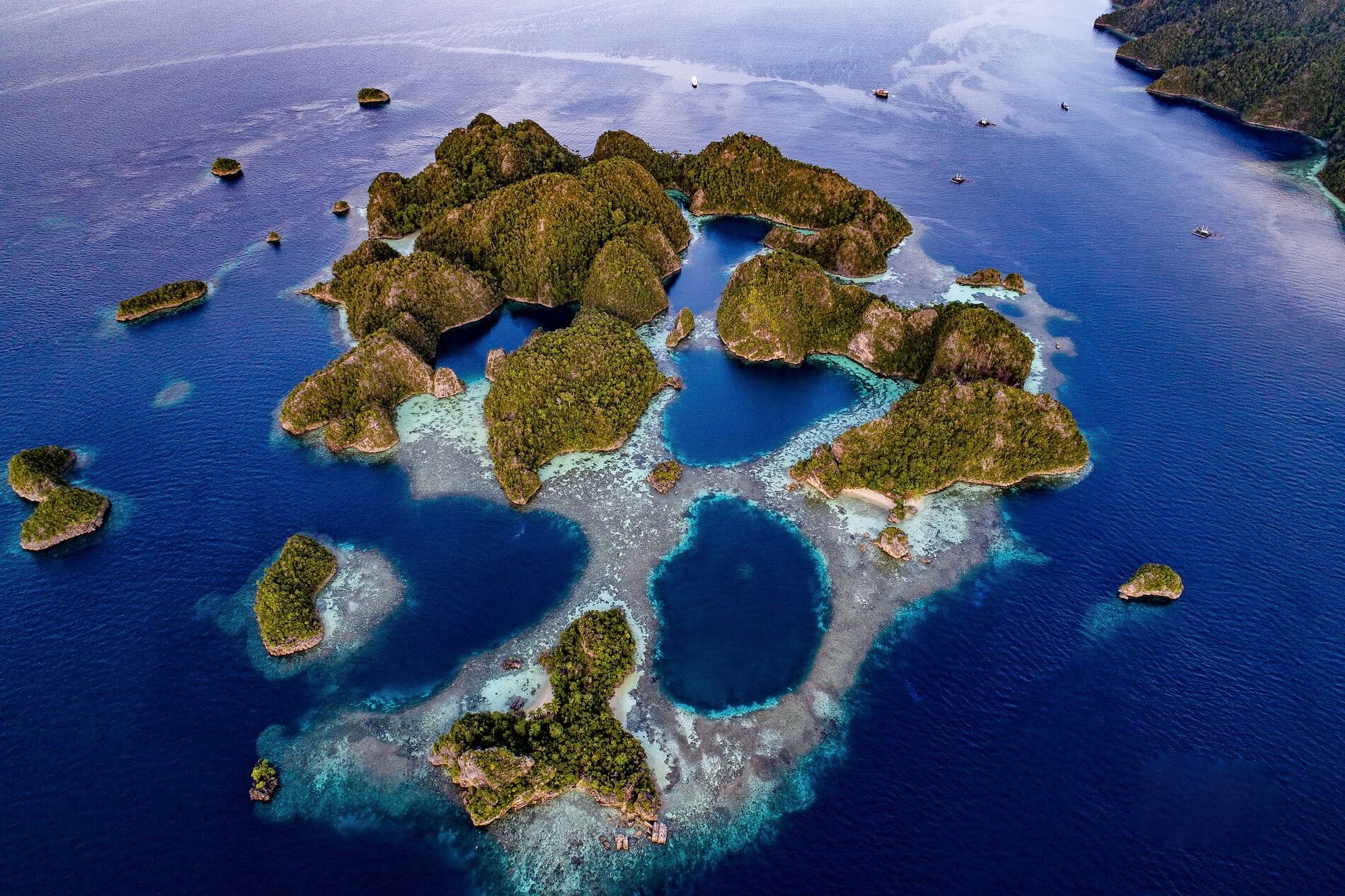